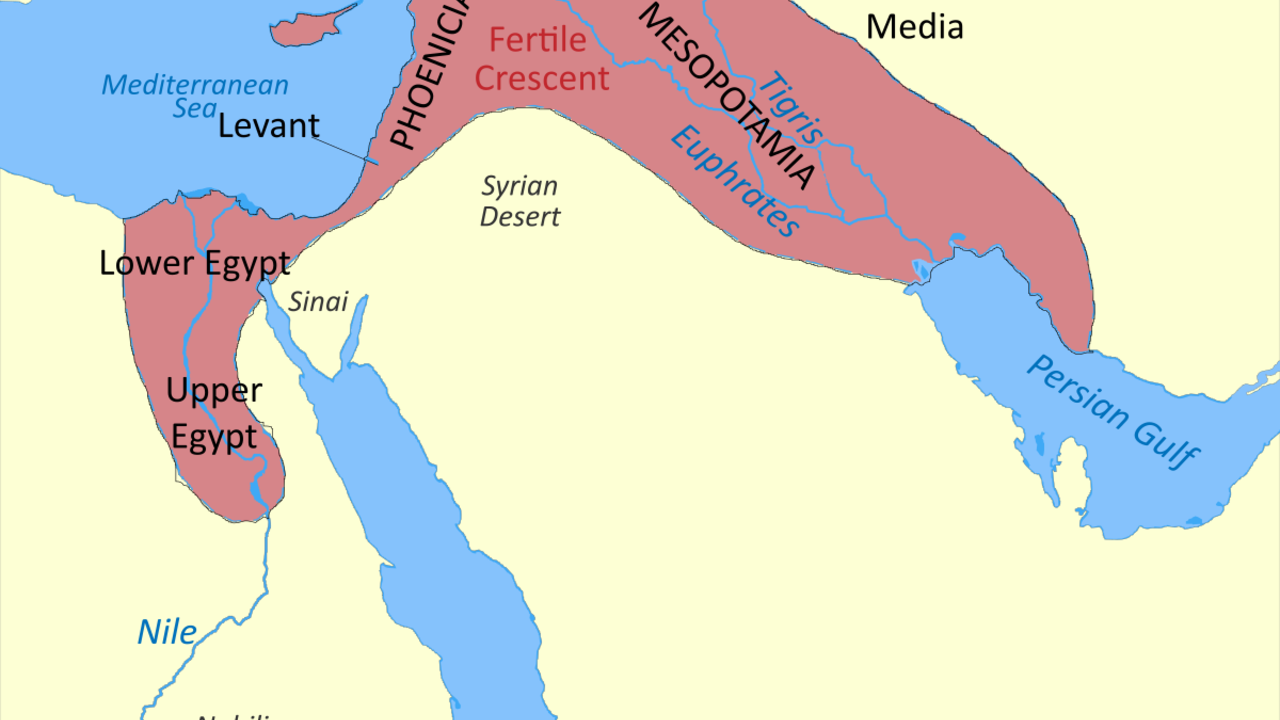 Year 9500 BC (Before Christ). In the fertile Tigris — Euphrates river basin, mankind developed one of the most important technologies in its history; the art and science of cultivating plants and animals. The invention of agriculture was key for developing a sedentary human civilization. It enabled Sumer farmers to accumulate a large surplus of grains and other crops, which in turn enabled them to from urban settlements like the city of Uruk, one of the oldest cities in the world. Uruk, in modern-day Iraq, was the world’s largest metropole in the 4th Millenium BC, with around 80.000 inhabitants. With agriculture, Sumer expanded and urbanized the region and converted into one of the first great civilizations of the world.

In the first centuries, there were only a few crops to farm. Wheat, barley, millet and other grains were among the first ones. Barley was widely used for human use but also had a monetary premium and frequently used as a form of payment (aka commodity money). Later, other crops were developed such as sesame (for producing oil), lentils, figs, cucumber and apples. Other regions of the world also developed agriculture and farmed other crops that better adapted to their geographic and climatic conditions. Commerce between regions enriched the available food supply for the population.

Technology also advanced with time. At the beginning, farmers harvested manually their crops. In the following centuries, mankind developed new technologies like irrigation, crop rotation and fertilizers. They increased successively the productivity of the land and reduced risks. Fast forward to the 20th Century: a new agricultural revolution took place. New technologies such as automation and mechanization of agriculture enabled huge productivity gains.

Year 12 a.B. (after Bitcoin). A digital agricultural revolution takes place. The invention and democratization of digital scarcity that came with blockchain networks enabled humans to represent value virtually, through a new type of digital asset known as cryptographic tokens (aka cryptoassets). Months after March 2020's stock market crash, an incentive structure pioneered by the Bitcoin blockchain was adapted for the nascent DeFi ecosystem. It received the name of yield farming.

The basic idea is to reward and incentivize a user to provide a resource that is critical for bootstrapping and operating a network. This reward is usually paid in the native token of the protocol. In Bitcoin for example, the miner provides security to the network by providing computer power and is rewarded in the native token of the platform bitcoin (BTC); in DeFi, liquidity providers provide capital to a money protocol and are rewarded with its native token. Yield farming received the name of liquidity mining.

In the first months, there were few digital crops to farm in DeFi. Synthetix, a protocol for issuing and trading derivatives and Compound, a permissionless lending and borrowing platform were among the pioneers. Users are incentivized to stake their assets in a protocol or in a decentralized exchange. By doing this, they provide liquidity to a nascent market, and “farm” digital assets such as $SNX and $COMP as as a reward. Sort of a subsidy for the supply side of a money market. A smart way for solving the chicken and egg problem of platform business models.

Capital started to flood into the protocols. DeFi and Ether began to grow parabolic. Many other protocols began their own yield farming programs. A yield farming craze began, which triggered the new crypto bull market.

In the course of the upcoming weeks and months, a whole new array of digital crops became available. Balancer, an Automated Market Maker ($BAL), Curve, a decentralized exchange for stablecoins ($CRV), Universal Market Access, a derivatives platform ($UMA), among many others. Complex strategies were developed to farm several assets at the same time and calculators to optimize yields were developed.

The nature of the assets also began to change. Up until now, users mainly held tokens in their wallets, with the speculation that in the future they will increase in value. Not anymore. “idle tokens” now embody economic and political rights. Some of them have value accrual mechanisms and provide cash flows to their holders, some provide voting rights to decide on the further development of the protocol. This turn them into productive assets, similar to traditional capital assets such as stocks.

Ethereum is open and permissionless. Code is open source. Virtually anybody can copy, edit and redeploy smart contact code. Anybody can design and issue virtual assets. Consequently, all sorts of money experiments sparkled. A new generation of food tokens, such as YAM, SUSHI, PICKLE arose, many of them forks of previous successful projects. All of them experiments, very speculative money games. Unfortunately many of them with no real economic value or at most zero — sum games. The community learned fast that not all digital crops are edible, some even poisonous. Be ware!

Technology advanced with time. In the first weeks, digital farmers harvested manually their crops. This meant staking individually an asset and manually looking for the best yield. In the following months new protocols were developed to increase productivity of digital farming. They were called money robots because they automatize farming and investing with no humans involved. In other words, they turn an active investment strategy (yield farming) into a passive one, executed by smart contracts.

The most important money robot launched up to date is probably Yearn protocol. Yearn protocol is a protocol for optimizing yield returns; you simply deposit an asset and the protocol allocates for you the asset in the best yield farming strategy in the market. Is an automatized, yield optimization machine. $YFI, the native token of the protocol, grew parabolic.

Other strategies emerged for automating harvests and optimizing yields. “Yield bouncers” such as Idle Finance or RARI allocate your funds in the best yield farming strategy. A a new generation of robo-money advisors is here, a truly technological revolution in DeFi industry.

In 2 years of existence, DeFi has replicated and surpassed centuries of innovation in the financial industry. Time in crypto simply passes much faster. Days and weeks feel like years and decades. And a new financial and monetary system is being created, in front of our eyes, at a breathtaking speed. The permissionless and open source nature of the technology will only accelerate things. It is impossible to forecast where we will in 5 or 10 years, but it will be definitely something huge and probably unexpected. Buckle up: this is just the beginning!